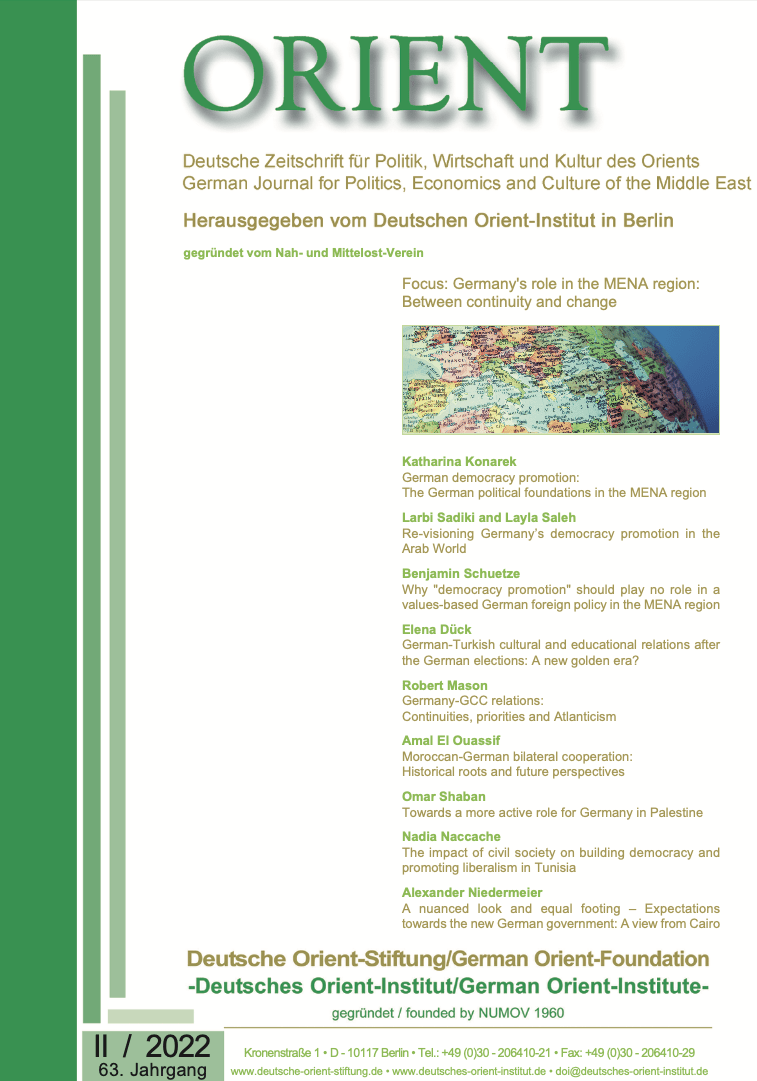 Orient II 2022: Germany's role in the MENA region: Between continuity and change

Focus: Germany's role in the MENA region: Between continuity and change

Omar Shaban
Towards a more active role for Germany in Palestine

Alexander Niedermeier
A nuanced look and equal footing – Expectations towards the new German government: A view from Cairo