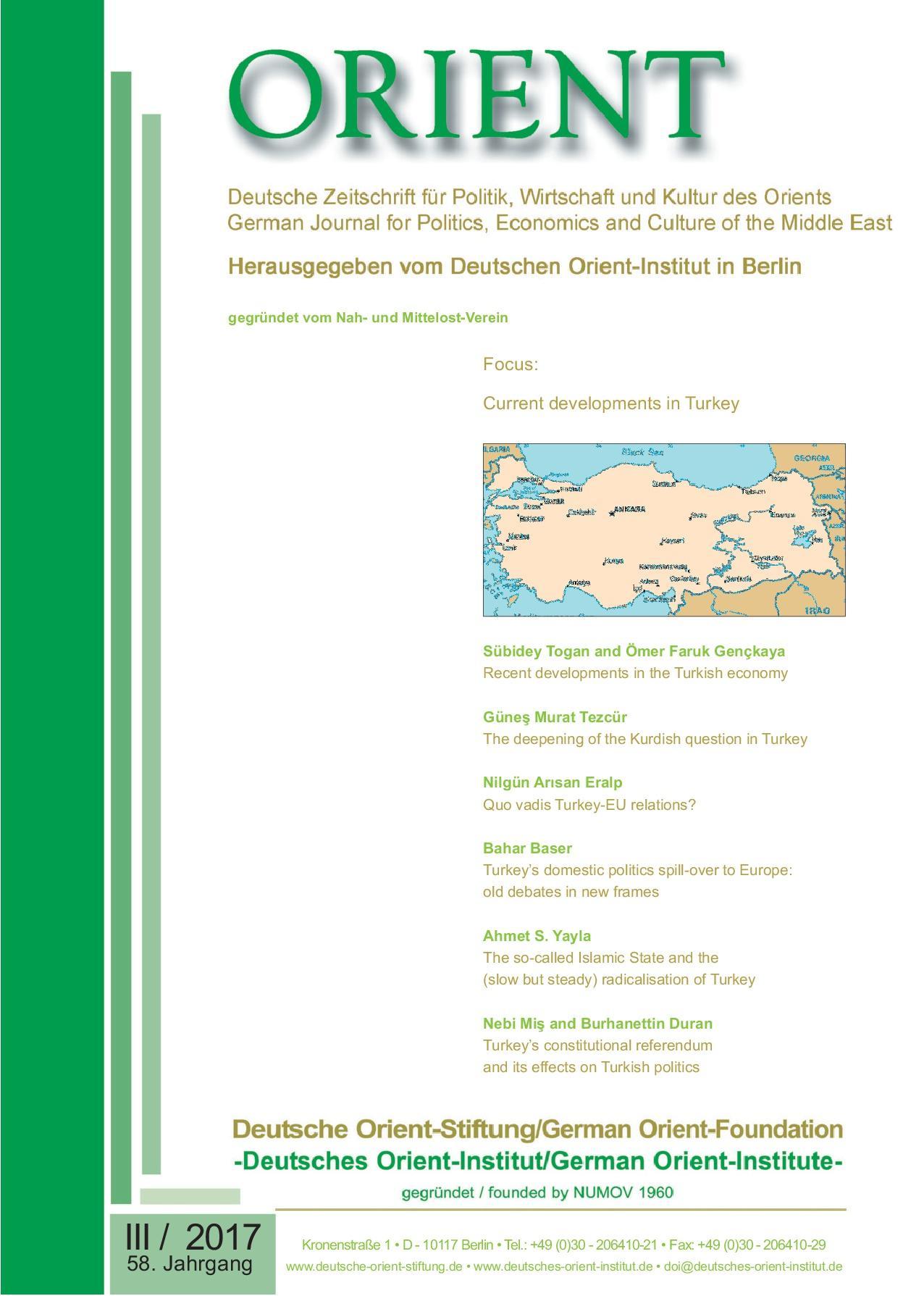 Güneş Murat Tezcür
The deepening of the Kurdish question in Turkey

Ahmet S. Yayla
The so-called Islamic State and the (slow but steady) radicalisation of Turkey