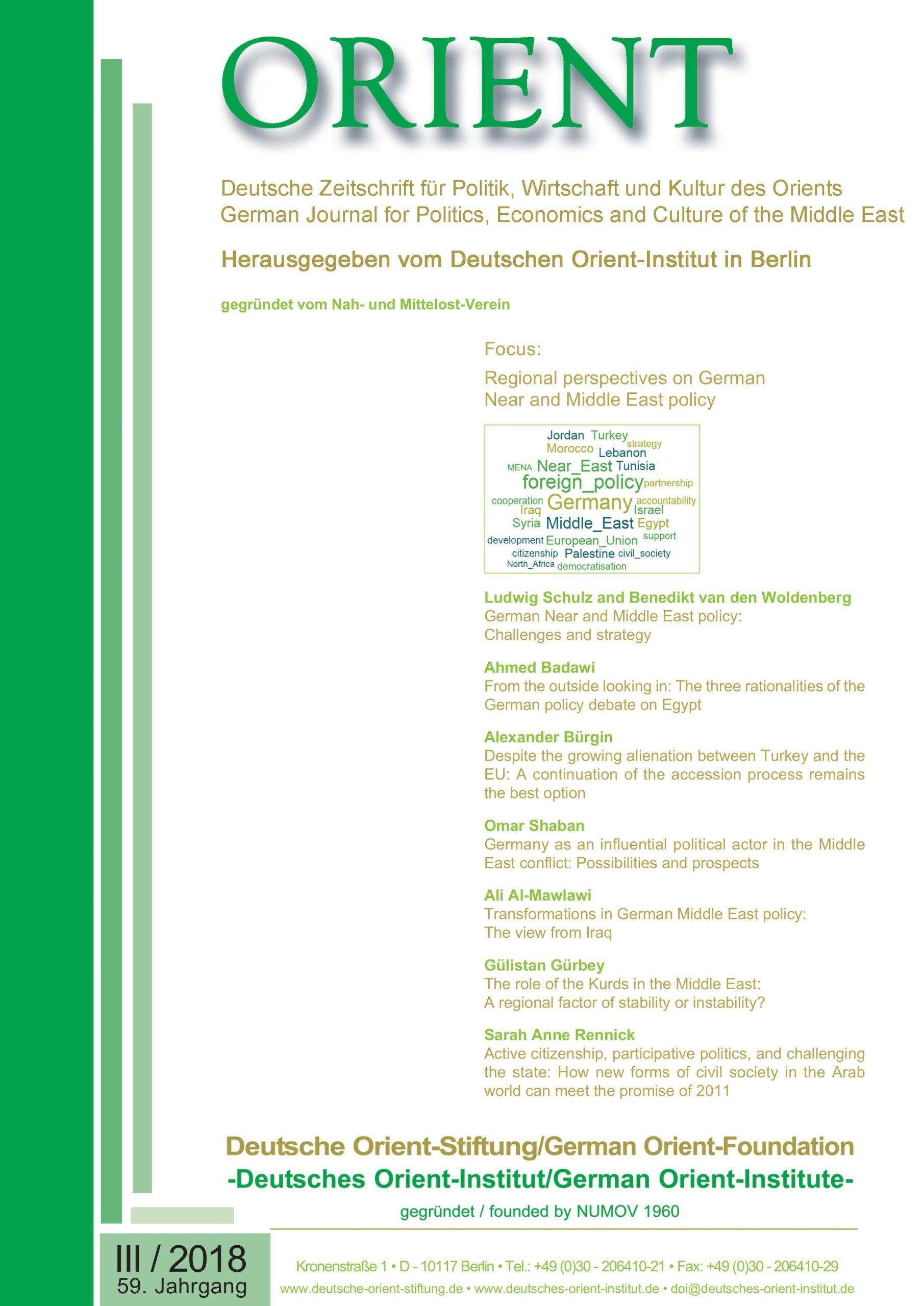 Focus: Regional perspectives on German Near and Middle East policy

Ahmed Badawi
From the outside looking in: The three rationalities of the German policy debate on Egypt

Alexander Bürgin
Despite the growing alienation between Turkey and the EU: A continuation of the accession process remains the best option

Omar Shaban
Germany as an influential political actor in the Middle East conflict: Possibilities and prospects

Gülistan Gürbey
The role of the Kurds in the Middle East: A regional factor of stability or instability?

Sarah Anne Rennick
Active citizenship, participative politics, and challenging the state: How new forms of civil society in the Arab world can meet the promise of 2011